How to install a drop-in quad rail handguard

Warning: Always check and make sure the firearm is unloaded before attempting any modifications 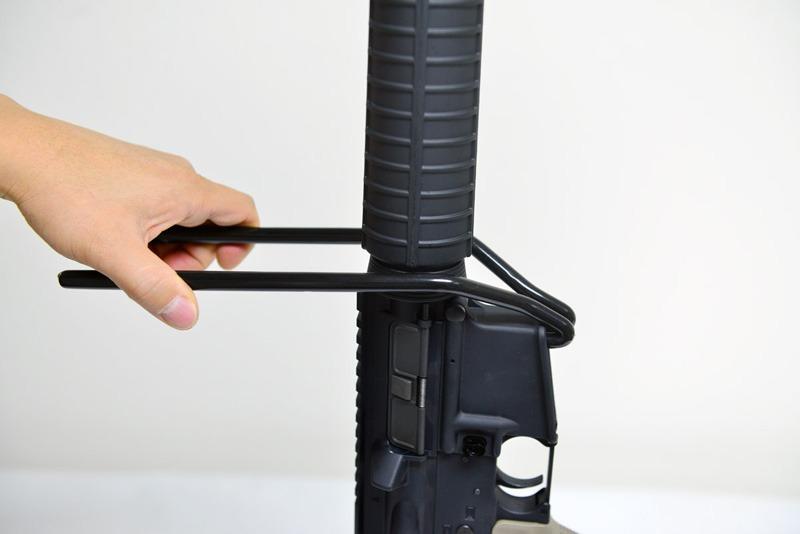 1. Remove the stock plastic handguard using the handguard removal tool by applying downward pressure to the delta ring. The delta ring is spring loaded and should compress downward, allowing for removal of the handguard. 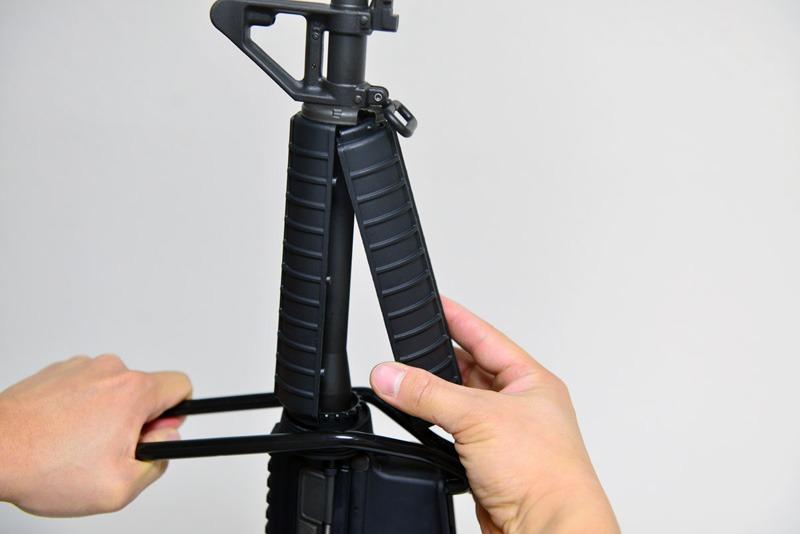 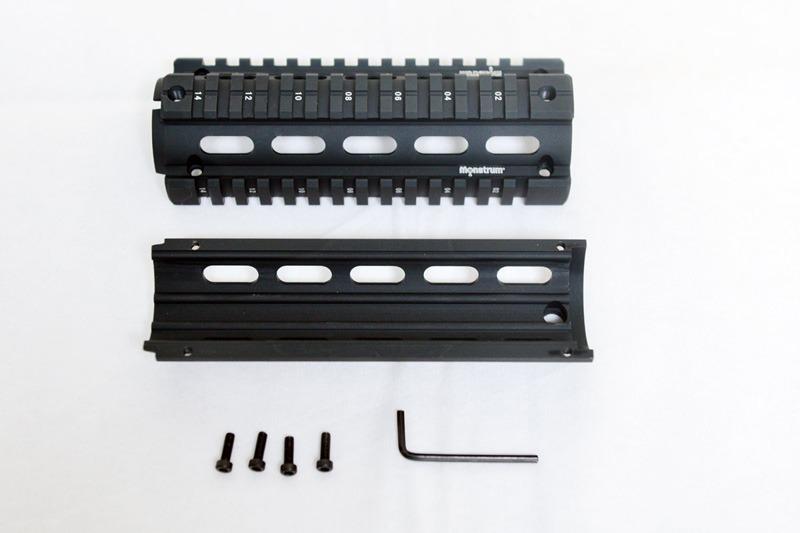 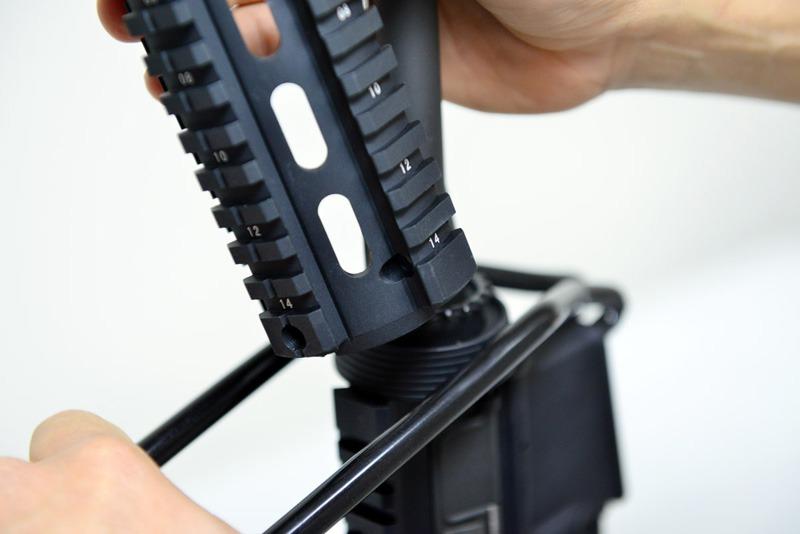 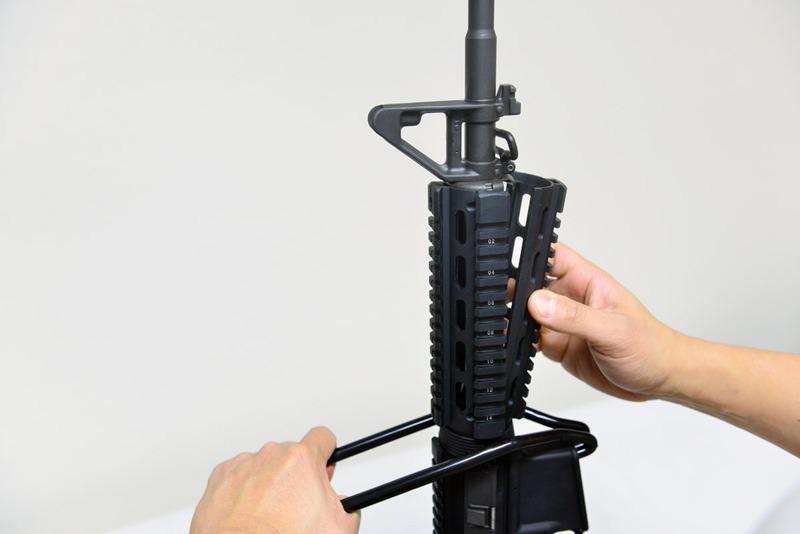 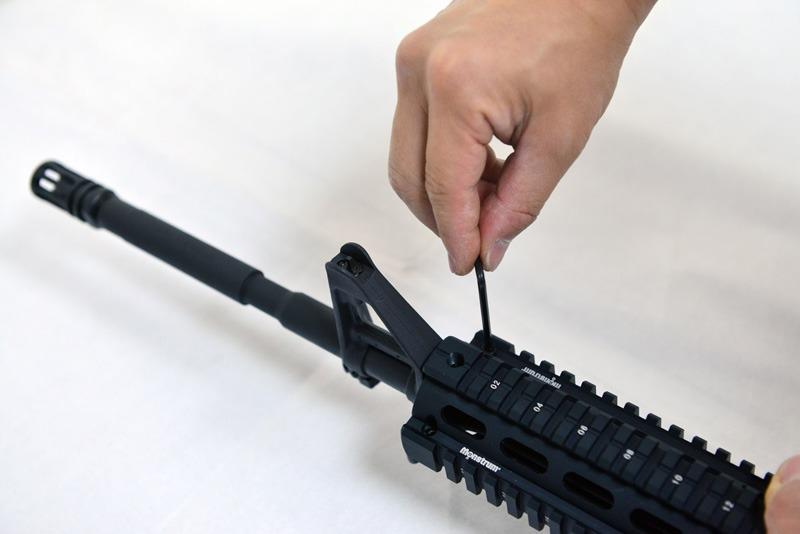 5. Using the provided hex key and screws, tighten the two halves of the quad rail to each other. The two halves do not come together completely. Screw together until the top and bottom halves both tighten securely around the circular end cap. The quad rail should now be held in place against the front sight post by the tension created from the delta ring, and further stabilized by the four set screws. 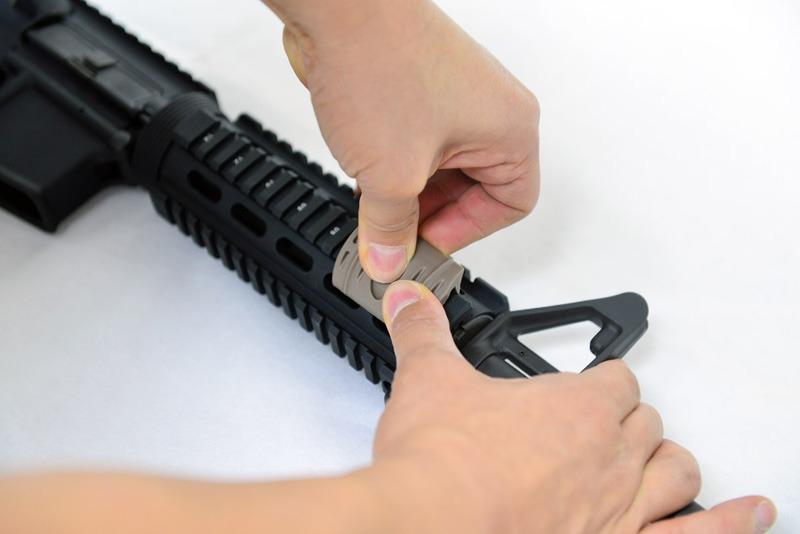 Next Article in Topic

Not finding what you're looking for? Contact Us Directly